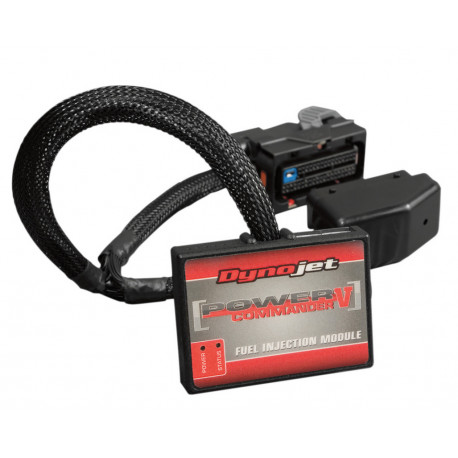 The Power Commander is an electronic module for optimising injection motorbikes, allowing injection adjustment by connecting in series with the original central unit or injectors (without changing the wiring harness).
It permits the best possible air/fuel ratio to be obtained so that engine efficiency is optimum whatever the throttle opening and engine speed.

The use of this product is not allowed on open roads.